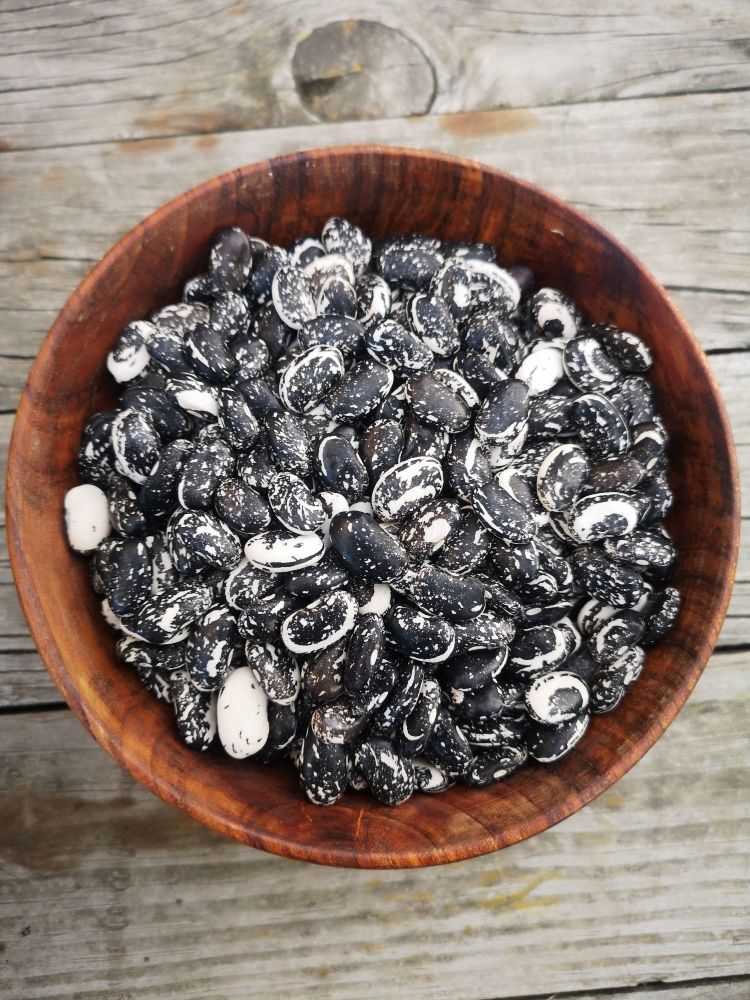 OH A heritage bean with many names from the Native American Haudenosaunee peoples. Known as Flagg, Skunk or Chester this is a large Lima shaped bean with beautiful black and white streaks and speckles. The diversity is large with some predominantly black and others predominantly white and others in between.  A vigorous climbing bean that will grow to almost 4m if you let it! It can be eaten green when green and very young, also great as a dried bean in soups and stews.