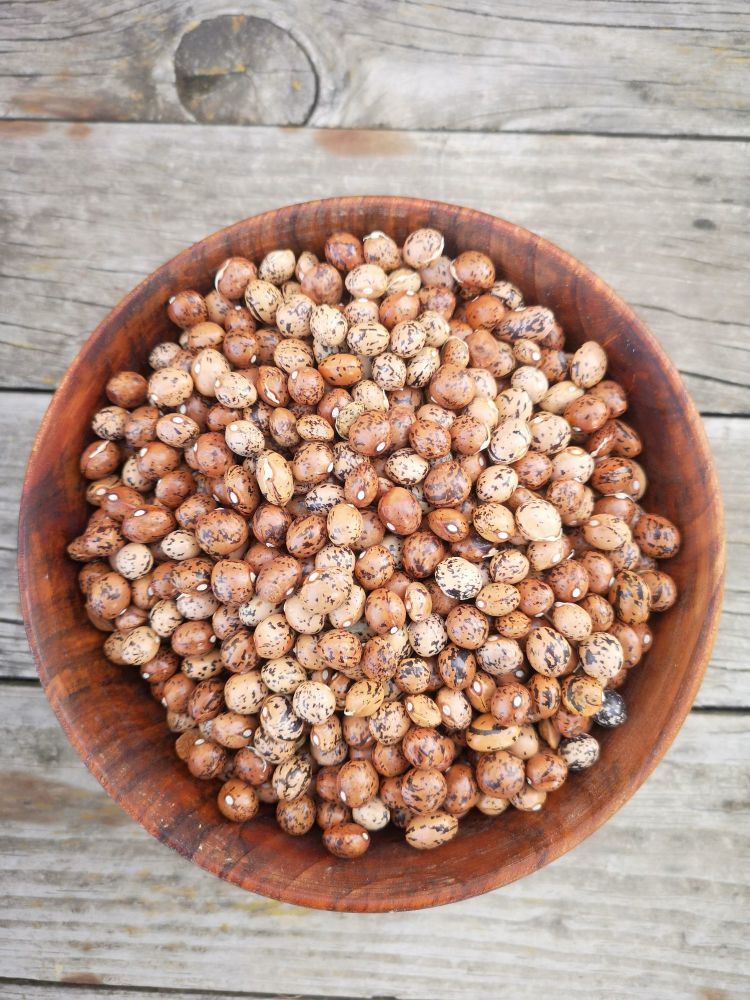 OH Beans originated in Central and South America and were first cultivated in Mexico over 2,000 years ago. All beans belong to the legume family, and therefore fix nitrogen in the soil from the atmosphere, an important ingredient for plant growth. Beans are a great source of protein and go well with corn in the diet. This bean originated with the Seneca people, it is beautifully round with speckles and looks much like a miniature egg. Tan in colour with brown specks. We have grown this bean out as it was gifted to us by the Heritage Food Crops Research Trust along with many other beans as part of their Heirloom Bean Project. It is a climbing bean which can be eaten as a green bean or dry bean. Prolific producer, 10cm pods with up to 7 beans per pod.