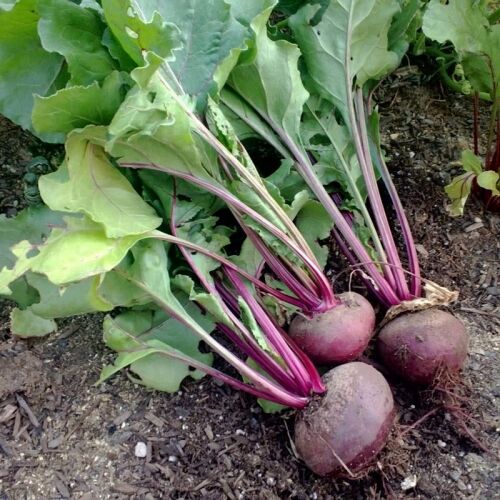 OP Beetroot has been cultivated as early as 2000 BC in Eastern and Central Europe. First called “blood turnips,” this variety was first introduced in 1892 by Mr Reeves of Port Hope Ontario, Canada after he selected specific traits from the variety Early Blood Turnip. Beets have one of the highest sugar contents of any vegetable and their colour has been used traditionally as a dye. After growing many different red beetroot we have settled on this one as our favourite. We love their sweet flavour, dependable yield and nice sized roots. The leaves can also be eaten raw when young or steamed or stir-fried when more mature. 55 days to maturity.

Direct sow in early Spring and Late Summer in rows 15-20cm apart for an almost constant supply. Can also be broadcast sown in trays and transplanted out in 15-20cm rows when true leaves appear.