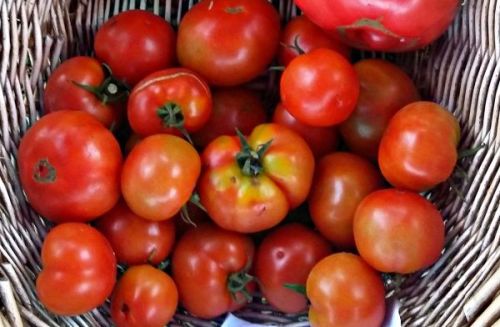 OH Produces large crops of medium sized, good flavoured tomatoes. Bred at the Levin Agricultural Research Centre (New Zealand) in 1943 and released in 1949. Not commercially popular at the time because of the small fruit, but later became the most popular New Zealand home garden variety. Performs well even in cooler climates as they are tolerant of low overnight temperatures. Annual, determinant, height to 1m, frost tender.

Sow in August into trays in a glasshouse. Keep soil temp at 18-20°C for ideal germination. Prick out when true leaves appear to 4cm diagonal spacing. Pot on to small pots to further develop roots. Transplant after last frost to 40cm diagonal spacing into fertile ground in direct sun. Stake and de-lateral as needed.