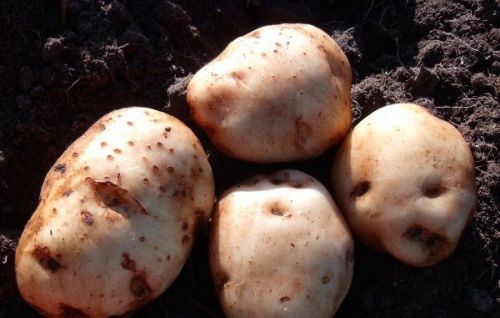 This potato came to us from the Henry Harrington Collection. Along with 4 other cultivars all called Maori A, B, C, D and E respectively. This one was called Maori E and after growing out these potatoes and selecting the strongest healthiest best performers, it is the only one we have carried on for production. An early potato, as it is the first to harvest in our field. It is a large, round, white fleshed potato with shallow eyes and smooth golden skin. A great multi-purpose potato ready for Christmas.

Plant into fertile soil in rows 1 m apart at 40cm spacing in rows in early Spring, we recommend before the second week of September due to the psyllid bug. Frost tender so cover if danger of frost to get established.