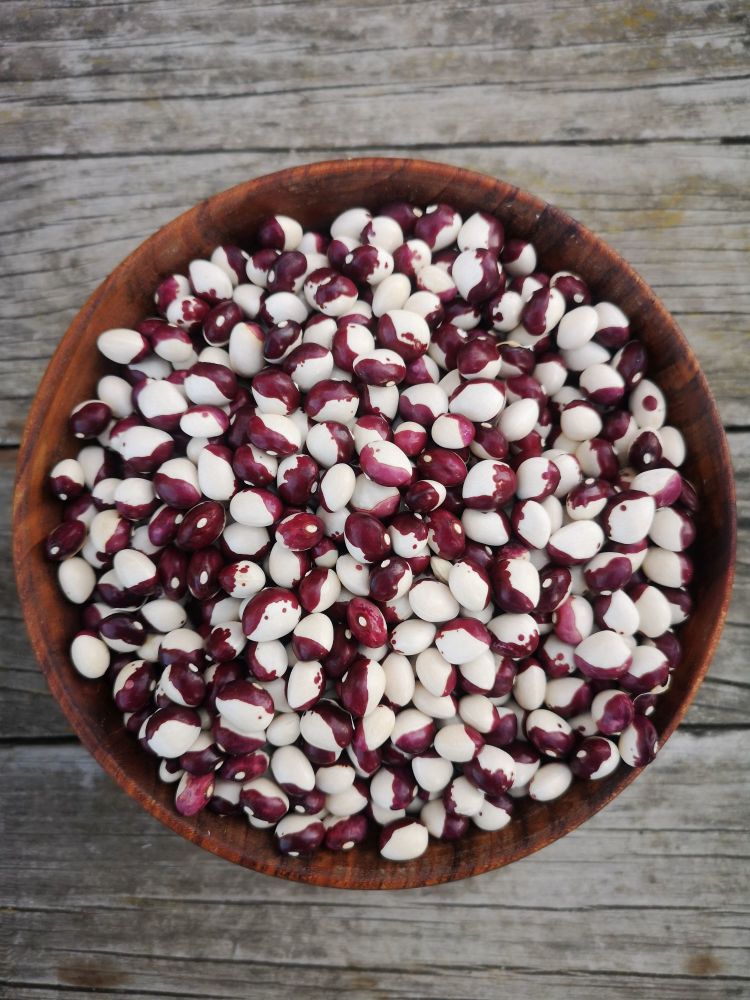 OH Also known as Bi-Colour Pean in this land, an outstanding climbing (2m) dry pean type bean, originally thought to come from the Native American Abenaki (People of the Dawn Land) tribe of Norridgewock, Maine. It was sent into the Seed Saver’s in Iowa by Elizabeth Miller of the modern day Norridgewock, before making its way over here. An ancient heritage bean, that is good eaten fresh and tender, but delights the eye when left to mature to beautiful round shaped maroon and white calypso/yin yang pattern. One of our favourite dry beans.