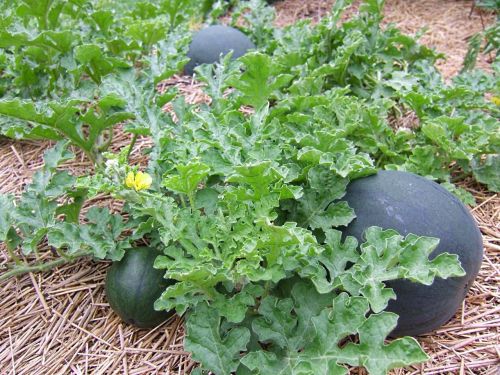 OH The most popular heritage “ice box type” variety since the 1870’s. Given this name, due to its smaller size, as it conveniently fits in your refrigerator. It produces prolific amounts of almost perfectly round, incredibly sweet crisp fruit weighing 3-5 Kg. Sugar Baby’s have a dark green outer rind with lighter green stripes and deep orange/magenta flesh with a few brown seeds. Great grown outside and in cooler climates as the smaller size ripens earlier than larger watermelons.  Drought tolerance works in your favour, as less water often increases the sweetness of the fruit!