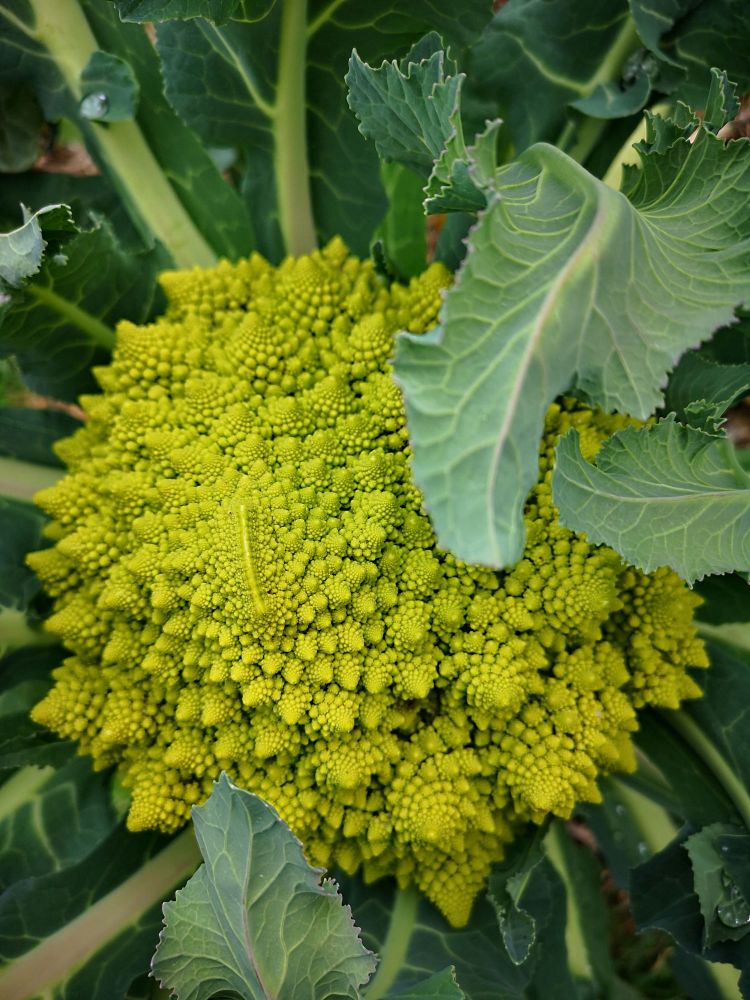 OH One of the most stunning cultivated vegetables hands down. The fractal spirals in the florets are arranged in the fibonacci series giving it an otherworldly look. In fact, this vegetable that is called a broccoli and more closely resembles a cauliflower was first documented in Italy in the 16th century. Said to have a more delicate flavour than both broccoli and cauliflower it can be prepared in the same way as both vegetables. Due to its beauty it is sometimes hard to pick and it is best to cook in a way the preserves its form for the dinning table. A long season brassica, if planted in early spring expect very large heads in autumn/winter or for smaller heads plant in autumn for a shorter season that does not fill your garden bed as long as spring planted plants.  A main head will form, and many side shoots can be expected to follow for a long harvest period.