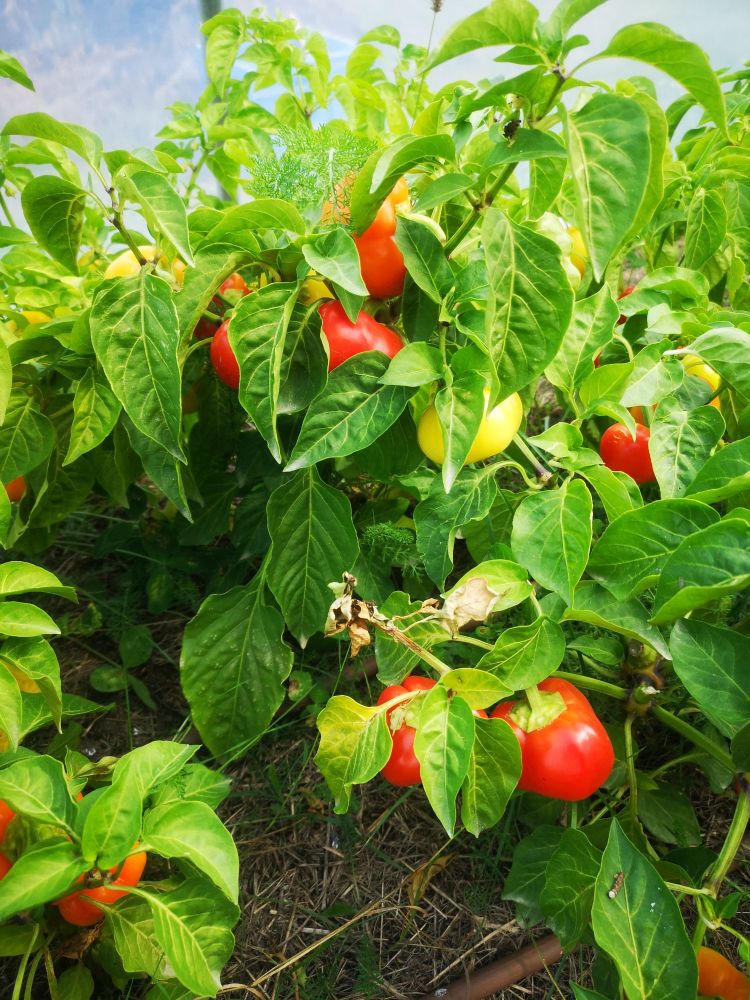 OH We decided to branch out and grow a new to us heirloom. We have a deep love of paprika and it was a natural choice to try to produce our very own paprika. Originally from Central and South America peppers were introduced to Europe with the Spanish and Portuguese explorers during the 15th and 16th centuries. Alma paprika peppers are believed to have arrived in Hungary sometime during the 16th and 17th centuries brought by the Turks. In Hungary, the peppers were first grown as an ornamental plant, and became a staple ingredient by the 19th century. We have never grown a pepper like this before. Alma means apple in Hungarian and illustrates the roundness of the fruit with very think walls measuring 7-10 cm long and 5-7 cm wide with such intense and delicious flavour. Can be eaten fresh or cooked from the early creamy yellow colour, which ripens to deep red. The paprika spice is made from the fully ripe fruit by drying and grinding. We enjoyed our peppers raw in salads as well as roasted and stir fried. But when we made the paprika powder we were immediately addicted, fresh paprika surpasses any bought paprika spice.  The flavour varies from pepper to pepper with some very mild and others having a medium to hot spice level with roasting bringing out the spice the most.

Sow in August into trays in a glasshouse. Keep soil temp above 18°C for ideal germination. Prick out when true leaves appear to 4cm diagonal spacing. Pot on to small pots to further develop roots. Transplant after last frost to 40cm diagonal spacing into fertile ground in direct sun.