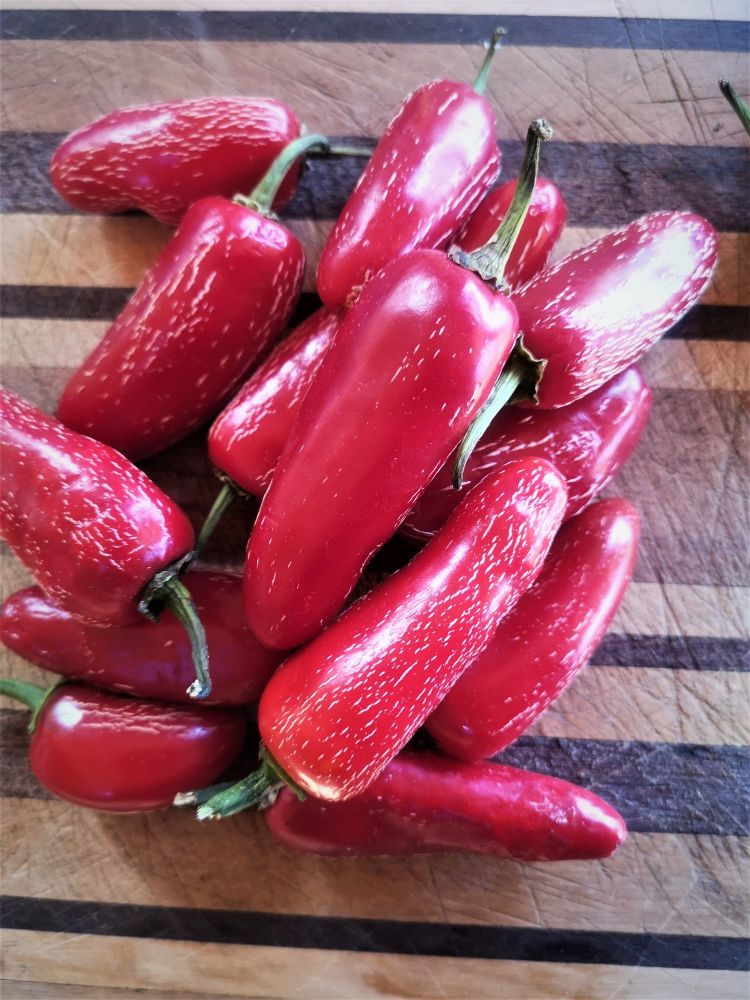 OH All peppers originated in Mexico and parts of South America. The Jalapeño has been used for 1000’s of years, first recorded as seen by the Spanish Conquistadors in Aztec markets. Its name comes from the town, Jalapa (Xalapa) where it was first cultivated. As Jalapeño literally translates as “from Jalapa”. One of the most widely used chili peppers today, it is also used to create another classic Mexican flavour. The chipotle pepper is a ripe jalapeño pepper smoked and then dried to store for making sauces and meat rubs. Typically eaten fresh, the green Jalapeño is a mild chili, when left to turn red the heat is greater, but still less so than most other chilis. To ensure a prolific harvest, pick the fruit regularly throughout the season, to encourage more fruit set.

Sow in August into trays in a glasshouse. Keep soil temp above 18°C for ideal germination. Prick out when true leaves appear to 4cm diagonal spacing. Pot on to small pots to further develop roots. Transplant after last frost to 40cm diagonal spacing into fertile ground in direct sun.