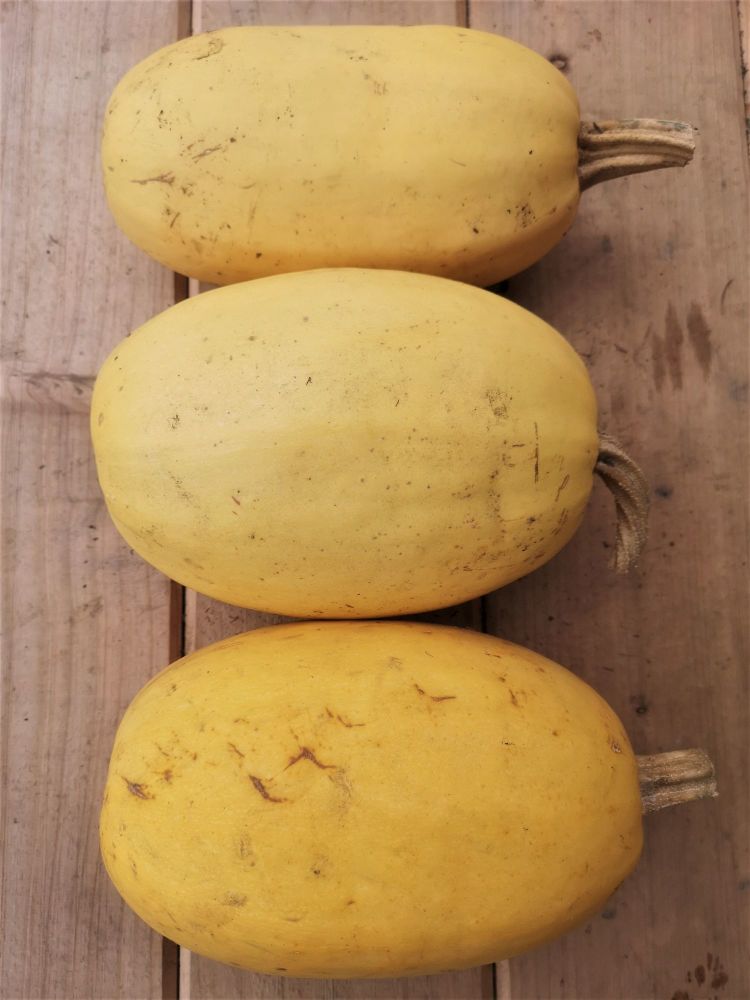 OH All squash/pumpkins originated in the Americas. From the mid-16th Century, the humble pumpkin travelled out into the world. The first record of this delicious squash was in 1850 in Manchuria, China. It is thought that this variety was bred as an easy to grow fodder crop. In 1921 Japan first listed this variety at the Aichi Prefectural Agricultural Research Station. In 1934, the Sakata Seed Company in Japan developed an improved variety and was the first to market the Spaghetti squash commercially using the name Somen Nankin. In 1936 W. Atlee Burpee and Co. brought the squash to North America in their catalogue under the name Vegetable spaghetti. It took some years for this squash to gain popularity, first in the US victory gardens during WWII as without actual processed spaghetti it was popular to grow your own in your garden. After the war, it lost popularity again until the 60’s when Frieda Caplan’s specialty produce company rebranded it Spaghetti Squash and marketed it as a healthier alternative to wheat spaghetti. An easy to grow cucurbit that delights the garden and the table. Our favourite way to cook it is roasted halves drizzled in olive oil or with a healthy nob of butter, salt and pepper to taste. Can be roasted whole or boiled too. Once the flesh is cooked it resembles spaghetti in look as well as texture.