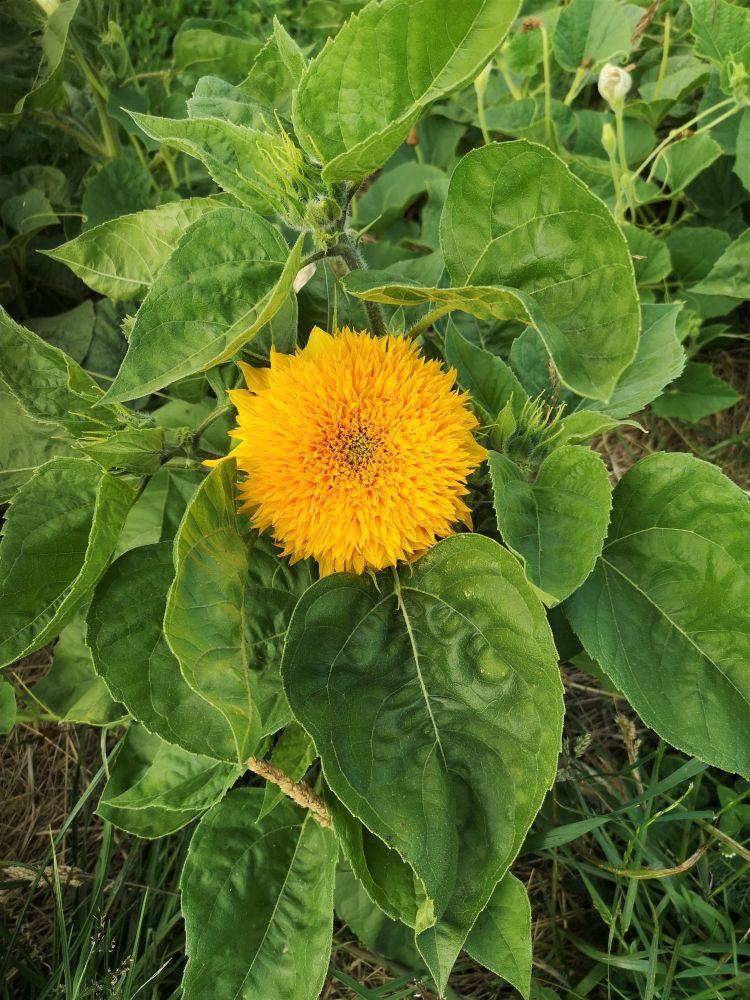 OH Sunflowers originated in the Americas and wild cultivars are still present. The first area to domesticate them was thought to be what is now the south eastern USA, but recently it came to light that the first place of domestication was in fact, Tobaccos, Mexico in 2600 BCE. Native Americans grew sunflowers as what is referred to as the 4th sister in the fields with the more famous 3 sister crops planted on the north edge of their fields. They used the seeds to make dried cakes which were an important winter food. Teddy Bear also known as Sungold Dwarf, is a variety cultivated more for ornamental reasons and won the prestigious Royal Horticulture Society’s Award of Garden Merit. A great flower for children as it is a dwarf variety growing 50cm in height and so lush and textured that it captures the imagination of children and artists alike, as it is one of the chosen sunflower varieties for Van Gogh’s Sunflower painting series which he is so well known for.

Sow in September in glasshouse and prick out to 4cm diagonal spacing when true leaves appear. Transplant to 35cm diagonal spacing in fertile soil in direct sunlight after last frost. These are great grown in companion with beans and pumpkins, melons or squash, as in the Three Sisters Garden. This is a dwarf variety, so not ideal for back of borders as may get swallowed up.